Three years ago I was drawn to Clean Energy Trust by a desire to focus on applying the powers of innovation and entrepreneurship towards attacking what I consider to be the defining issue of our times: climate change.

An open letter to our supporters and stakeholders:

Three years ago I was drawn to Clean Energy Trust by a desire to focus on applying the powers of innovation and entrepreneurship towards attacking what I consider to be the defining issue of our times: climate change. The year 2013 wasn’t necessarily the low-point for cleantech but there was significant uncertainty as to the future direction of the industry:

After 20+ years in the private sector, the time seemed right for me to put my shoulder to the wheel, join the Clean Energy Trust team and do my part in keeping cleantech commercialization on-track in the face of headwinds and market uncertainty.

As I take the reigns as CEO of Clean Energy Trust in this New Year, there are many signals that the winds are shifting positively for the cleantech industry and the broader fight against climate change.  In just the past six months we have witnessed:

These events and others, such as the EPA’s Clean Power Plan, instill optimism but I am mindful that now is not the time to rest easy.  We have been presented with an opening to truly cement progress towards the transition to a low-carbon economy and we need to collectively put the “pedal to the metal” and accelerate into this opportunity.

Clean Energy Trust’s role in this broader push to a low-carbon future will entail a redoubled focus on providing the necessary resources and support to enable high-potential cleantech entrepreneurs, and startups achieve success.

We believe firmly in the power of science, ingenuity, and entrepreneurship to deliver better and cleaner energy alternatives.  However, this type of “deep tech” work is extremely hard, time consuming, risky and expensive.  To help ensure that the growing level of support remains unchecked, we will work tirelessly to help high-potential entrepreneurs and startups weather the challenges to become investment-ready and deployment-ready.

Some of the companies we work with will evolve into vibrant, stand-alone businesses, some will achieve meaningful “exits” and some, unfortunately, will not succeed.  Although our overall mission is to help bring about a low-carbon future, the more immediate gauge of our success will reside in the eyes and actions of the entrepreneurs and, specifically, their answers to two questions:

If the answers to these questions are a resounding “Yes!” and we see our entrepreneurs “paying it forward” then Clean Energy Trust can be confident that it is doing its part in bringing about a low-carbon future enabled by innovation and entrepreneurship.

We look forward to working with all of you in 2016 and beyond! 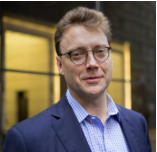 3 TEDtalks to Watch: The Power of Innovation

As we gear up for this year’s Clean Energy Challenge, we look to those who lead the way in business, government and academia to promote innovative solutions. Take a break and enjoy these informative and inspiring TEDtalks. 5 Ways Clean Tech is Changing How You Use Your iPhone

From charging your battery by dancing, to apps that regulate home energy usage and cut your carbon footprint, your personal device has become an instrument for sustainable living. These are 5 of our favorite innovations.